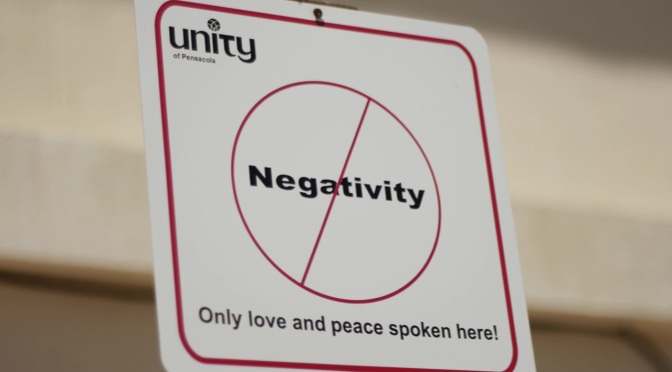 When Armando Iannucci delivered last year’s MacTaggart Lecture, he opened with this anecdote:

“Staring nervously out at you all, my future sitting in front of me, my mind goes back fifteen years, when I was lassoed into a BBC brainstorming session on the Arts, and I spent the day in a brightly-painted room at the mercy of a team of professional arts brainstormers.

These were experts paid to be spontaneously positive; they had degrees in being upbeat, and had trained with some of the world’s most optimistic people.

‘This is a day to let your hair down,’ said the leader. ‘It’s all about having fun. We want to have fun.’

And then she looked straight at us. ‘If you’re not prepared to have fun, get out now.’

I got out, and resolved the last thing I would ever do is trap a group of talented people in a colourful room and subject them to one-sided opinion masquerading as open debate.”

I think that Iannucci’s experience at the BBC at the turn of the millennium is probably not too dissimilar to the experience of many in the education debate today.

It is a common trope in education discussion for criticism or debate to be coloured as ‘negativity’, just as the charge towards ideas is often trumpeted by a reveille of voices calling for positivity at the sacrifice of challenge or critique.

Sir Roger Scruton (the knighthood has been bestowed in the time it has taken me to draft this post) suggests that some of the worst crimes in humanity are down to the charge of unscrupulous optimism (I won’t go into details, for fear of invoking Godwin’s Law but you get the idea). Scruton suggests that unscrupulous optimism entails clinging to a plethora of fallacies which protects one from the truth:

“Whole lifestyles are built upon these fallacies, and they confer upon those who espouse them a validation and a cost-free serenity that could never be achieved were they to invest their hopes in themselves and in the things upon which they can act with proper understanding.”

I’d contend that some of the worst things to happen in education – things that hinder pupil progress, things that cause stress to teachers, things that take money away from more useful areas – are done in the name of unscrupulous optimism.

“When these fallacies are questioned, therefore, optimists are apt to release a flood of defensive anger. Rather than examine their beliefs and risk the great cost of correcting them, they will turn upon their critics… The critics of unscrupulous optimists are not just mistaken in their eyes, but evil, concerned to destroy the hopes of all mankind, and to replace genial kindness towards our species with cruel cynicism.”

Thus, one has to be cautious when challenging an idea for fear of being cast as ‘negative’. I have lost count of the number of times I have swallowed back a criticism or a question I want to offer because I fear the reaction. I’m not sure what this says about our profession that this reaction often exists to challenge or critique? Whilst Scruton suggests that unscrupulous optimists hide from truths, I am also aware that I myself am complicit in hiding those truths from them out of fear of the response. I often feel that confronting someone with a challenge to a belief will probably not help the discussion, even if I know that it should. This circuitous route around the truth reminds me of the Emily Dickinson poem:

Indeed, I delivered some CPD some time ago and I’d already taken some caustic shots at Bloom’s taxonomy and Dale’s Cone of Experience, when someone mentioned how a certain approach would benefit kinaesthetic learners. I should have made reference to the debunking of learning styles, but my internal voice was telling me that enough sacred cows had been slaughtered already, so I just nodded and hastily moved on.

Fear of offending or being called ‘negative’ often holds back important truths, truths that could move us forward as a profession. Whilst Iannucci fled from that colourful room at the BBC, I’m advocating that we stay. We stay in the room and we embrace open debate and we tell the truth – we don’t tell it slant – and we don’t give in to unscrupulous optimism. I’ll even let the bright colours stay. See, I’m positive?