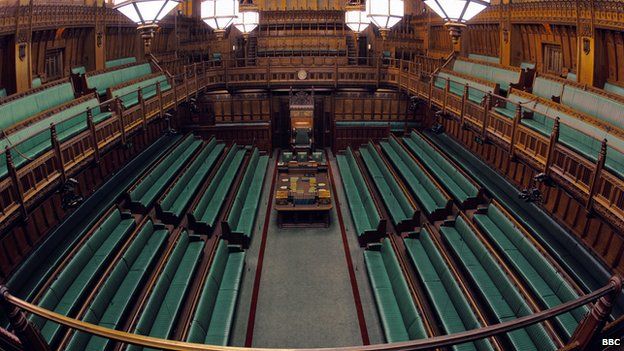 Ah, the good old debate around traditional and progressive philosophies of education. An important debate for some and one that such people tell us has given them enlightenment and understanding about what they do in the classroom.

Except we all know it isn’t important, no matter what they tell us, don’t we? And you know why we know it isn’t important? We know it’s not important because it isn’t a debate that happens in schools. It all plays out on the internet. And of course, things said on the internet aren’t really real. Those aren’t real people telling us this is important to them. They are just floating avatars spewing out the same rubbish day after day. Probably Russian bots or something. We should ignore them. If the trad/prog debate is something we don’t talk about in schools, it’s obviously not important at all.

Okay, that may be an extreme characterisation, but it is the crux of a particular argument: the trad/prog debate isn’t something that happens in schools so it is not important. The fact it isn’t spoken about in schools is largely true. Walk around any school and you’ll rarely see people having this debate. (The lack of the debate will be even more starkly obvious if you don’t actually work in a school: if you’re a consultant and you visit lots of schools, you will be able to report with confidence that in absolutely none of the schools you visit people have had this debate.*)

So let’s all agree that the trad/prog debate is an irrelevancy and let’s disregard it.

But if we disregard on this basis, then in the interests of fairness we should all agree that anything we don’t really talk about in schools is also irrelevant and should be disregarded.

So out goes the trad/prog debate. See ya!

There’s a whole host of other things teachers and commentators tell us “we need to talk about” more in schools : the joy of learning, financial education, the dangers of pornography and sexting, healthy eating… all of these things are unimportant precisely because we don’t have enough conversations about them, right?

Of course, I don’t think that any of the things above – mental health, violence, healthy eating, etc. – are unimportant. I think we should be talking about all of them. And I think the same about debates in education – no matter how unfamiliar the debate is to your daily experience, it is still a debate that people are having and to tell them it’s unimportant because it doesn’t happen in other arenas is ridiculous. The first reason/excuse people will give for any of the topics above not being talked about enough in schools is lack of time. Where do we find the time to discuss mental health of teachers, etc? We are so busy, that we just don’t find the time. Well, the same goes for the trad/prog debate. Where in a busy teacher’s day do they have the time to have deep discussions about philosophies of education? Somewhere between getting a cup of tea and going to the toilet before heading back to the classroom to set up their next lesson? Schools aren’t really the place for many topics that need unpicking at length. So what do teachers do if they want to discuss anything they don’t get to delve into in the school day? They use social media. And when they do, they get told: if you aren’t having this discussion in schools, then it’s an invalid discussion here too.

Jeffrey Israel, a lecturer in religion and political philosophy, argues that, amongst other things, the accusation that someone’s opinions aren’t from the real world is narcissistic. He defines narcissistic here as being “characterized by an inability to perceive the lives of others as anything other than examples of one’s own idiosyncratic preconceptions.” In this way, we might see those suggesting that the debate around education philosophies is insignificant (“because it doesn’t happen in real life”) as lacking the ability to attach value to anything that is beyond their own worldview. The debate may not be happening in schools, but it is happening on social media and in blogs and articles and thus it is real and it is significant to the people involved in it and to many reading about it. It might be seen as narcissistic to disregard it on the grounds that it isn’t happening “in real life”.

In fact, there really is no distinction to be made between beliefs held in different domains. Believe it or not, people discussing something on Twitter are real people. As Israel succinctly tells us:

And whilst they aren’t having lengthy debates about philosophy in the real world of schools, they are having debates with real people in the shared world of social media.

There are plenty of examples of people who have developed or had their thinking shaped as a result of the debate online. Indeed, I wrote about my own experience last year.

Here’s a couple of tweets from real people telling us that the debate changed their minds:

Anyone claiming the prog/trad debate doesn't change minds should see the dust on these now neglected books at the back of my cupboard. pic.twitter.com/QaXnA2OB08

As a young teacher the trad vs prog debate changed my career & I think kept me in the profession. Find it baffling that others write it off.

Is the debate invalid because these people are choosing to discuss it on social media rather than the staffroom? Are they not living in the real world?

It matters not where the debate is happening. If it is happening, it is real. I am happy to listen to any arguments against the debate, but the argument that it isn’t valid because it doesn’t happen in schools is a very, very poor one that simply doesn’t stand up.

(*If you are a consultant and you think that visiting lots of schools and never experiencing something means it doesn’t exist, you are sadly mistaken. You are the least likely to actually experience it as your relationships with the people you come across every day, whilst I’m sure are useful and beneficial to the school and you, are largely of a fleeting nature. The context in which you would be a more able judge of whether something exists in a school is to work at that school. I should also add that you also aren’t privy to the conversations about consultants that undoubtedly happen after you’ve left. They do exist even though you don’t witness them. And they’re always entirely complimentary, of course.)

4 thoughts on ““This debate doesn’t happen in schools””