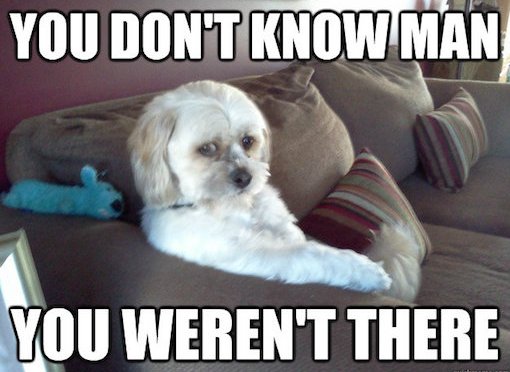 Mark Dawe, Chief Executive of OCR exam board, said this week that he thought that pupils should be allowed to use Google in examinations.

I’d hope that the responses to this range from “that’s a bad idea” to “that’s a very, very bad idea.”

I was more interested in the motives behind the statement though. One wonders why Dawe would see this as a good thing? Does he think it is good for pupils? Or is it good for his exam board? It’s important to note that, whilst there are a diverse range of roles in the education sector, each role comes with its own drives and that these might change as one moves from one role to another. Dawe has worked in a number of roles in education, and I’m curious as to whether he thought pupils using Google in exams was a good idea when he was a principal of a school, or when he worked for the DfES? We don’t really know, of course, but I would hope not.

Not long after I’d recovered from Dawe’s bombshell, I witnessed a Twitter exchange between David Didau and an executive headteacher on the subject of leadership decision-making. David tweeted the exchange here:

Here's the conversation for which @carljarvis_eos blocked me. What conclusions would you draw about his leadership? pic.twitter.com/DuJUq3Bb5a

In the ‘discussion’, the executive headteacher readily dismissed David’s polite and fair challenges on the basis that David himself was not a headteacher and couldn’t possibly understand or be in a position to question it: “When you’re not doing it, it’s hard to empathise”.

It’s an interesting view and it comes from an assumption that many of us are prone to make: You haven’t been in my position so any comment you make about it is invalid. Apart from this stance being a little tyrannical (note that I haven’t been an MP but it isn’t questioned that democracy allows me to hold MPs to account) there is also often a further implication when people take that slant, which is: I have been in your position so my views are even more informed than yours.

I see these sorts of discussions between teachers and leaders time and again on social media. In such discussions it appears that a leader taking the above stance would hold all the cards: I can challenge your position because I’ve been in it; you can’t challenge mine because you haven’t been in it. In short, leaders can dismiss a teacher’s view because they can empathise with it; the reverse is not true.

But can someone really always empathise with a position they once held? What if once they’d moved away from that position, they forgot how they had thought and felt before?

This could actually be the case.

You know that thing where you walk into a room and realise, as you stare blankly at every surface in front of you, that you’ve forgotten why you went into that room in the first place? Well, this phenomenon is down to something that some psychologists call event boundaries. According to Gabriel Radvansky, a professor of psychology at the University of Notre Dame:

“Entering or exiting through a doorway serves as an ‘event boundary’ in the mind, which separates episodes of activity and files them away. Recalling the decision or activity that was made in a different room is difficult because it has been compartmentalised.”

These event boundaries are not only spatial. They can also be created temporally or when circumstances change. So could event boundaries be created when people move into different roles in schools? Might it be plausible that a classroom teacher crosses an event boundary when taking on a leadership role? And in such a case, does the mind compartmentalise the thoughts and feelings of the self as a classroom teacher and lock them away in an obscure corner of the memory?

Obviously, this is just supposition on my part. There are plenty of great leaders in education who clearly empathise with their former classroom teacher self. But are there just as many who find it difficult to remember?

Here’s an example. When one takes on a departmental leadership role, the pressure for exam results really comes to the fore. For the humble class teacher, whilst these are important, the weight of them doesn’t bear down so stiflingly. As such, the classroom teacher can make decisions in a far less utilitarian way: in English, this might mean choosing books to study because (as I wrote about recently) they allow pupils to take part in the ‘conversation of mankind’ (the books are culturally significant), or that they present a purposeful challenge. A utilitarian leader, weighed down by the pressure of exam results and having crossed the event boundary from classroom teacher to their current position, may forget their earlier ideals and choose books based on how easily it will get pupils through the exam.

But if we are slaves to event boundaries, how can we ensure we are consistent to our former selves? (Aside: you might wonder if we always want to be?) Well, as in the case of our executive headteacher, perhaps he needs to consider the challenge that David Didau offered before dismissing it out of hand as he did. Isn’t it vital that leaders contemplate the ideas and views of classroom teachers? For one thing, they might be really useful. But they might actually also be echoing the pre-event boundary views of the leaders themselves, ideas that had been hidden away by memory. Meaningful discussions between teachers and leaders is not only a breach of any boundaries between those teachers and leaders, it could also be a breach of the boundaries of memory.

The decisions and comments made by people in positions of power – be it heads of exam boards or executive headteachers – might be better informed with some ultramontane thought: cross the mountains and listen to what people are saying. It might be a useful reminder of an idea or ideal we once held dear.