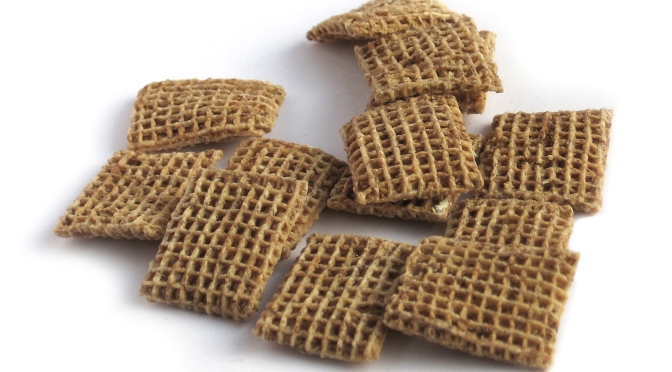 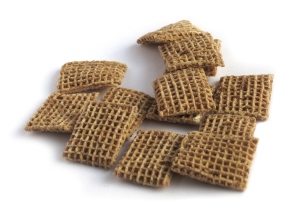 I can picture it now: It’s September 2015 and the DfE, under the stewardship of the new Labour government, are preparing to relaunch National Curriculum Levels:

“Here are the suggested slogans for the relaunch material we are sending out to schools, Mr. Hunt. We’ve narrowed it down to one of these and you have final approval.”

“That’s it! That’s the one. That says everything we know people think about levels. It’s absolutely the reason why we are bringing them back: people love them; they just don’t realise that they love them. THIS is definitely the slogan we should use: ‘National Curriculum Levels – have you forgotten how good they taste?’ I love it!”

Of course people wouldn’t be silly enough to be resold back something that they didn’t think they wanted on the back of a rebranding. Would they? You’d be surprised.

In January 2008, the breakfast cereal Shreddies launched a new advertising campaign in Canada that resulted in a reportedly significant sales increase, and ensured the product continued to perform well for quite some time afterwards.

The reason for the spike in sales was this advertising campaign:

Brilliant/frightening, isn’t it? This is what Rory Sutherland (Vice-Chairman of international advertising agency Ogilvy & Mather, and Spectator columnist) tells us is “intangible added value” in his very entertaining 2009 TED Talk on the subject – a talk in which he refers to the Diamond Shreddies campaign. Sutherland asks:

“How many problems of life can be solved actually by tinkering with perception, rather than that tedious, hardworking and messy business of actually trying to change reality?”

That is exactly what the Diamond Shreddies campaign does. It takes something, changes the perception of it, adds intangible value.

And that seems to be what is happening with many of the approaches to replacing curriculum levels that I read and talk to people about. I know people are actually making changes – re-writing descriptors, changing bands, etc., but what this seems to result in – in many cases – is just another version of curriculum levels.

In these cases, I think people’s perceptions of what they are using may have changed and as a result they see value in their model, but this may come purely as a result of the sunk cost fallacy: “we invested lots of time and effort into this, so it must be better than what we had before.” The important thing to do now is to ask ourselves, honestly: Is this better? Have we improved the previous model? And we should continue to rewrite, redefine, remodel until we know what we are doing isn’t just turning the current model on its side and calling it ‘new’.

Part of me wonders whether our reluctance to travel too far from levels is due to the discourse we use. Every model I see discussed is always presented in its relation to levels: the phrase ‘life after levels’ is used in almost every blog and tweet on the topic. Failing that, it’s ‘beyond levels’, ‘post-levels’, etc. Maybe it’s time to stop using the word ‘levels’ in our discourse and start referring to it as ‘assessment’, ‘KS1-3 assessment’ or ‘KS assessment’. As long as we keep using ‘levels’ in our language, everything we do is anchored to the National Curriculum Levels and we will never really sail too far from them.

We should ensure that we aren’t just adding intangible value to a model that already exists, a model that we scorned over for years and jeered at gleefully as it was evicted from the Big Brother house.

Alternatively, we could just embrace the idea of intangible added value and apply it to all that we do in education. Back to Rory Sutherland (“Normally, as an advertising man, I actually speak at TED Evil”):

“So I was discussing this. And I actually went to the Marginal Revolution blog by Tyler Cowen. I don’t know if anybody knows it. Someone was actually suggesting that you can take this concept further, and actually produce placebo education. The point is that education doesn’t actually work by teaching you things. It actually works by giving you the impression that you’ve had a very good education, which gives you an insane sense of unwarranted self-confidence, which then makes you very, very successful in later life. So, welcome to Oxford, ladies and gentlemen.”