Mr Creosote: I’ll have the lot.

Maître-D’: A wise choice, monsieur. And now, how would you like it served? All mixed up together in a bucket?

Mr Creosote: With eggs on top.

Mr Creosote: And don’t skimp on the pâté.

Maître-D: Monsieur, I can assure you, just because it is mixed up with all the other things we would not dream of giving you less than the full amount.

The bilious Mr. Creosote: undeniably one of the Monty Python team’s most indelible creations. I only have to look at an After Eight for me to feel the rising impulse to cry out, with mock-Gallic intonation, the words “wafer-thin mint” to any poor unfortunate who happens to be trying to escape my company at that moment. Yes, I’m that guy.

If you aren’t sure of who he is, here is a video (disclaimer: don’t click the link if you are sensitive to copious vomiting, swearing, mild gore or bad French accents).

To my teenage self, the discovery of Mr. Creosote was joyful in all of its bad taste. But one thing about the sketch always struck me as jarring: this is clearly a gourmand, in what is obviously a restaurant of exceptional cuisine – so why does he choose to have all of the meals mixed together? Surely he’d want to taste them individually, enjoying the distinctive and distinguished flavours of each dish one by one? He’d still be a terrible glutton, but I’m certain he orders all of those gastronomic delicacies because of his absolute love of food?

And in actual fact, if he did consume the dishes individually rather than as a mushy bucket of pulp, he’d certainly struggle less in dispatching them. Because, in reality, whereas any individual would clearly find it difficult to eat those dishes “all mixed up together in a bucket”, if they were served individually – one after the other – they would actually be easier to eat, despite the volume of food being exactly the same. This is down to something called sensory specific satiety.

Sensory-specific satiety is the phenomenon of feeling full when eating one type of food, followed by a sudden renewal of appetite when exposed to another type of food. Put simply, it’s why you can feel full when you’ve had your dinner/tea* (*delete as geographically/socio-economically applicable), but conveniently regain your appetite when offered a dessert immediately afterward. It’s basically how Christmas works.

And its very similar to how work becomes workload. If, like Mr. Creosote and his lavish dinner, teachers had the excessive job requirements declared to them at once, we just wouldn’t accept it. We would be absolutely resolute in the impossibility of completing it all effectively and within the time frames required. And it would be quite obvious to those setting those requirements that they were asking too much. But workload isn’t delivered to us in one unpalatable bucket. It’s given to us piecemeal, over time. As such, it doesn’t seem so unappetising in such small chunks – a bit of marking, a phone call, a form to fill out, a detention to hold, a homework to follow up on, an email to respond to, a lesson to plan, a duty to complete: all of these things are perfectly digestible in the polite, slight servings in which they are presented to us.

Furthermore, they are not all presented to us by one person: the managerialism of schools means that workload is dished up by a variety of people – line managers, school leaders, middle managers, assistant middle managers, pastoral leaders, those with TLRs, those with SEN responsibilities, as well as by peers, mentees, ourselves and pupils: all of these people deliver us our workload in portions.

Yet, the demands of teaching are excessive when assimilated into the whole. The cognitive overload just from taking in the information from 10 emails alone must surely diminish our performances? Yet I’m sure the majority of teachers and leaders receive more emails than that in a day. 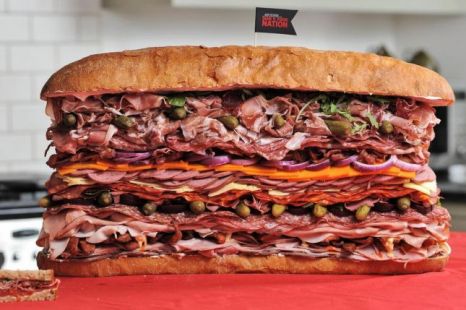 This week, the subject of workload has been taken up by politicians in the three main parties – Nicky Morgan launched the ‘Workload Challenge’, asking teachers for their views on the subject; Nick Clegg repeated the announcement of that very same coalition initiative, but with his Lib Dem hat on; and Tristram Hunt threw his thinking hat into the ring, declaring Labours intentions with some vague non-answers to the problem.

Whilst we might cynically see these as mere vote-grabbing acts in the advent of next year’s election, my concern is this: they are asking to hear about workload, yet it is not something that can be nailed down as one homogenous bucket of unsavoury gloop. In reality, it is a series of isolated and seemingly proportionate tasks which, when looked at individually, seem innocuous enough.

Indeed, I happened to mention to someone earlier in the week that I felt a paperwork task I’d been delegated had a rather short 48-hour turnaround. The immediate response was to defend it as a task that wouldn’t take very long. And I agreed that it wouldn’t. But it if I tossed it into the bucket with all of the other tasks I had to complete, it contributed to a workload that was difficult to manage. The problem is that those that contribute to workload often see the tasks that they set in isolation, as mere wafer-thin mints distinct from the main course. Yet we know the damage of a wafer-thin mint when added to an already burgeoning stomach.

So how does one go about ‘fixing’ the workload issue? The answer is: I’m not sure.

But maybe a step in the right direction lies in a word that we are all familiar with: plenary. I don’t mean the lesson plenary, that box to fill at the end of your planning pro forma. I refer to ‘plenary’ in the sense of plenary power: the conferring of authority to an individual to choose their actions. That is to say, should the government and school leaders and department leaders clearly set out their goals, values and parameters, and then allow teachers to be plenipotentiaries in delivering these? I think that workload has become excessive because it comes to us in portions, served up from a variety of sources. Maybe if teachers were given agency to create their own workload, based on very clear objectives and frameworks, and guided rather than directed, perhaps that workload would become more manageable?

I’m not saying this is a definitive answer – far from it – but it is a direction that I think the discussion might benefit from looking towards.

Now, where is that bucket of exercise books I brought home for the half term ‘break’?